Animal fat causes heart attacks. Antioxidants foster health. Low-fat diets promote weight loss. Fiber prevents cancer. These are some of the bedrocks of modern “nutrition.” Yet all these beliefs have not only been proven false, they also hail from the medical and pharmaceutical fields—industries that declared nutrition quackery from its start and actively stymied the work of its finest researchers. 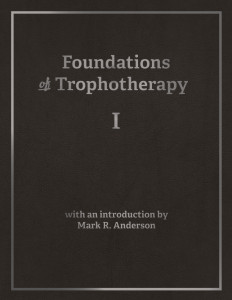 The Foundations of Trophotherapy series by Selene River Press discusses the principles of applied nutrition as revealed by the field’s first researchers.

“Beginning in the late 1800s,” explains nutrition historian and educator Mark R. Anderson in the informative Foundations of Trophotherapy, “nutrition scientists and researchers whose work and writings originated outside the control of the medico-drug cartel were barred by this alliance from publication into mainstream science.”

In 1941, to help get the findings of nutrition’s pioneers to the public, Dr. Lee established the Lee Foundation for Nutritional Research. This nonprofit publishing company would distribute millions of groundbreaking articles and books by some of the greatest minds in nutrition history, including Sir Robert McCarrison, Weston A. Price, Francis Pottenger Jr., Harvey W. Wiley, Thomas Cleave, Doris Grant, and D.T. Quigley.

British doctor Robert McCarrison, knighted for his pioneering nutrition studies in India in the early 1900s, found the foods most protective of health to be raw dairy products, leafy vegetables, whole-grain bread, potatoes, and fruit.

While the Lee Foundation helped spawn today’s alternative health movement, it could not save mainstream nutrition from being co-opted by medicine. As the importance of diet grew in the public mind, medical investigators of the mid-twentieth century—ignorant of decades of nutrition research indicting nutrient-deficient processed foods as the primary cause of degenerative disease—pushed two highly speculative hypotheses onto the public as fact.

Dr. Weston A. Price penned possibly the most important book on nutrition in history, yet most physicians have never heard of him.

The notions that 1) eating animal fat causes heart disease and 2) antioxidants preserve health are the basis of almost all our conventional beliefs about nutrition today. And yet these disproven theories and their offshoots have done nothing to slow our epidemics of heart attacks, cancer, diabetes, obesity, mental illness, and every other degenerative disease that exploded with the rise of processed foods.

In the 1930s Dr. Francis Pottenger Jr. proved the effects of malnutrition are inherited—something medicine declared impossible yet today forms the basis of the science of epigenetics.

Medicine’s profound failure would come as no surprise to the early researchers of nutrition. In fact, many of them predicted it. Unless the human race addresses the fundamental problem of vitamin and mineral deficiencies in its food supply, they warned, its health will only continue to deteriorate.

Today you can read the opinions and research of many of these early nutrition pioneers at the Selene River Press Historical Archives, home of more than 200 articles and books originally disseminated by the Lee Foundation for Nutritional Research. Just one visit to the Archives will reveal the startling differences between the view of nutrition’s real researchers and that of medicine, a field that has never taken the subject—nor studied it—seriously. 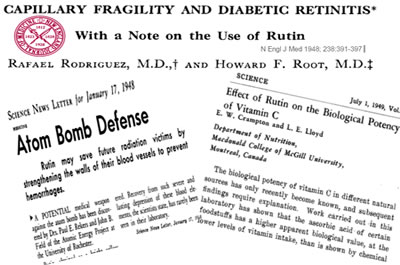 Many of the articles distributed by the Lee Foundation can now be found at the Selene River Press Historical Archives.

Selene River Press is a publishing company dedicated to keeping the ideas of Dr. Royal Lee and the other early investigators of nutrition alive. Its Historical Archives offers hundreds of free articles and books by researchers and practitioners who dedicated their lives to understanding the critical relationship between nutrition and health.